Two bronze rams, jutting from the bows of ancient warships, sped towards one another. Each quinquereme was powered by 300 rowers, stroking 180 oars. The warships adjusted their headings seeking the best angle of attack. As the rams came abreast, a boarding ramp dropped from one warship. Spanning the gap between vessels and pinning them together with an iron spike, the boarding ramp created a bridge allowing Roman Legionaries to race to the enemy’s deck. The movable ramp, known as the Corvus or the Raven, had been deployed.

It is this extraordinary device that interests me.

Greek historian Polybius described the Corvus as a bridge 36 feet long and 4 feet wide with a parapet on each end. He wrote about the Corvus 77 years after the battle of Mylae using third hand reports. Scholars have debated and drawn other versions of the boarding ramp, attempting to prove the feasibility of Polybius’ Raven. Due to the utilitarian nature of the Legion war machine, I believe the Corvus started out as a much simpler device.

We know the Legions continually improved every invention and made extensive use of specialists. Applying these lessons to the Corvus meant the initial boarding ramp would not have been the final one described by Polybius.

Polybius’ length of 36 feet was adequate. With a Corvus anchored mid-deck, the length allowed for spanning a gap of 12 to 19 feet over the water before pinning the other deck. But the short-range deployment tells us two things about the Corvus’ use. It was dropped when the warships were rowing hard and ram-to-ram distance apart. Thus, it fell fast requiring the Raven to be sturdy and maneuverable.

Polybius’ 4-foot-wide ramp with parapets description seemed heavy and far from an agile device. An unwieldy parapet, balanced high over the deck, made swinging the Corvus difficult and timing the drop a problem. If you have ever held an extension ladder upright, you know the shape is unbalanced and uncontrollable. Imagine the tension and difficulty of handling a wide Corvus with a top structure over the deck of a moving warship. The Legion engineers were inventive so, the historian’s description probably looked nothing like the first design.

Of the 103 warships in the first fleet, only 30 had Corvus ramps. If the Corvus later became a way to deliver large numbers of heavy infantrymen to enemy ships, a 29% start would not be overwhelming. Perhaps the boarding ramp was used for a different reason in the first fleet.

Suppose the Legion fleet used trained boarders. Legion specialists and a rough boarding ramp to test the theory would explain the low percentage of Corvus in the first fleet. Legionaries were trained to run a narrow ramp, reach, and protect grappling hook lines on the enemy’s deck. Once the ships were stopped by the spike of the Corvus, and pulled close together by ropes, the heavy infantrymen would cross over. So, my concept for the initial Corvus was a manageable beam that could be deployed rapidly and specialists to successfully use it.

Eventually the Romans became better sailors and their ship handling improved. With those advancements, the boarding ramp became unnecessary. Or they grew cautious of the number of warships equipped with the ramps that sank in rough weather. No matter the reason, after four years of service, the Roman Navy retired the Corvus. They left no first-hand details of the Raven’s construction, and so we have only Polybius’ report. 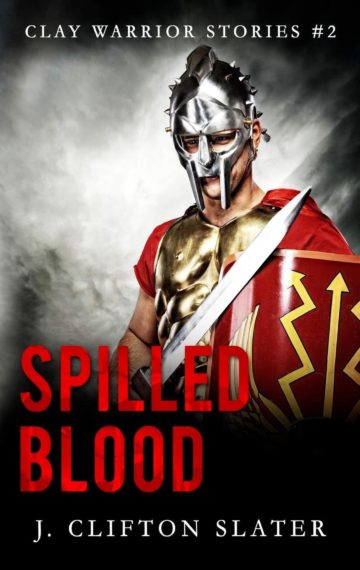