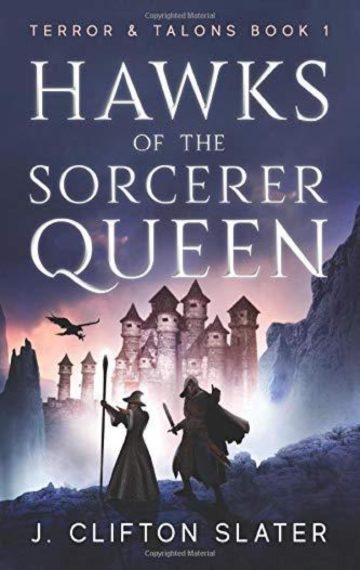 First In Series
$2.99Buy Now!Read A SampleSee The ReviewsSee The Full Series

A Mage, a Swordsman, and a Hawk.

Learning that a Princess needs rescuing, sends the son of a herding family into hero mode and, the loner from the city slums toward the nearest exit. After reaching a limited agreement, they set out to save the Princess.

On the journey, their self-images are stripped away. Along with the title of Hawks of the Princess comes shifting roles, deeds both heroic and dark, and enemies bent on their destruction.

Being secret agents for a Royal, brings on many challenges. Magical constructs, powerful Wizards, thieves and murders want them dead. While a beautiful and driven Captain of the King’s Lancers ponders throwing them in the castle’s dungeon.

Aided by Rimkus, the hawk, Kavie and Larth face dark magic, fight forces they don’t understand, and struggle to save the delicate Princess. Except Celestina De La Mora is far more than a fragile maiden trapped in an ivory tower.

The Hawks will become a Master Mage and a swift and agile Swordsman. Aided by Rimkus, the super hawk, they will brave the odds for their Princess. However, in all the mayhem, there is one requirement when dealing with the bird-of prey – do not forget the hawk’s snacks.